Is Winning A Defamation Lawsuit Hard?

A defamation lawsuit can be very challenging since a complainant must prove beyond a reasonable doubt that an accused person defamed them publicly and that they incurred losses. Therefore, unless you work with expert defamation lawyers in Ireland who work on a pro bono basis, defamation lawsuits can be very costly. The cost factor is attributed to the nature and level of fact-finding that can only be done by an expert. Though defamation lawsuits are faced by a few challenges, Winning A Defamation Lawsuit is possible.

Defamation is a lie or false statement that harms you in one way or the other. Here is a good example; a friend or random person through a social media comment insinuates that you could be having extramarital affairs when you are innocent triggering your spouse to file for a divorce. In this case, you could file for a defamation lawsuit through defamation lawyers in Ireland.

A defamation lawsuit has two core factors that determine its direction; great lawyers and detailed evidence. Save copies or photos of posted lies or recordings as evidence before approaching defamation lawyers in Ireland for advice on the next and ideal cause of action. It is prudent that you maintain absolute openness and honesty when explaining your case to your defamation lawyer. Provide all evidence and list of credible witnesses during your first meeting with your lawyer.

If you intend to recover financial losses through a defamation lawsuit, it is advisable to provide certified bank statements and other relevant supporting documents proving that you indeed suffered financial losses due to a false statement that was made against you or your business. Defamation lawsuits are tough battles that require thorough preparation, patience, and trustworthiness towards your defamation lawyers in Ireland.

Once adequate and credible evidence is gathered your defamation lawyer will file a complaint in order to initiate a defamation lawsuit. The defendant or their lawyer is notified and granted enough time to respond to the complaint. Formal investigations commence and the defendant is requested to give a deposition by swearing their side under oath. All forms of proof including documents must be shared. A complainant and defendant may agree to negotiate and go for an out of court settlement and should the negotiations fail, the lawsuit proceeds in court. Based on the nature of a case, a defamation lawsuit can result in a bench or jury trial where the outcome is decided by the judge.

Initiating a defamation lawsuit successfully does not always mean that you will win. To prove that you were defamed, you must prove that the statement; was a lie, harmful and that the person who made it did not confirm its authenticity and they had malicious intents. Meaning that a defamation statement disregards the truth about a person with the intention of causing direct or indirect harm.

What Defines Defamation? However, the advent of technology rendered the two forms of defamation obsolete with the invention… 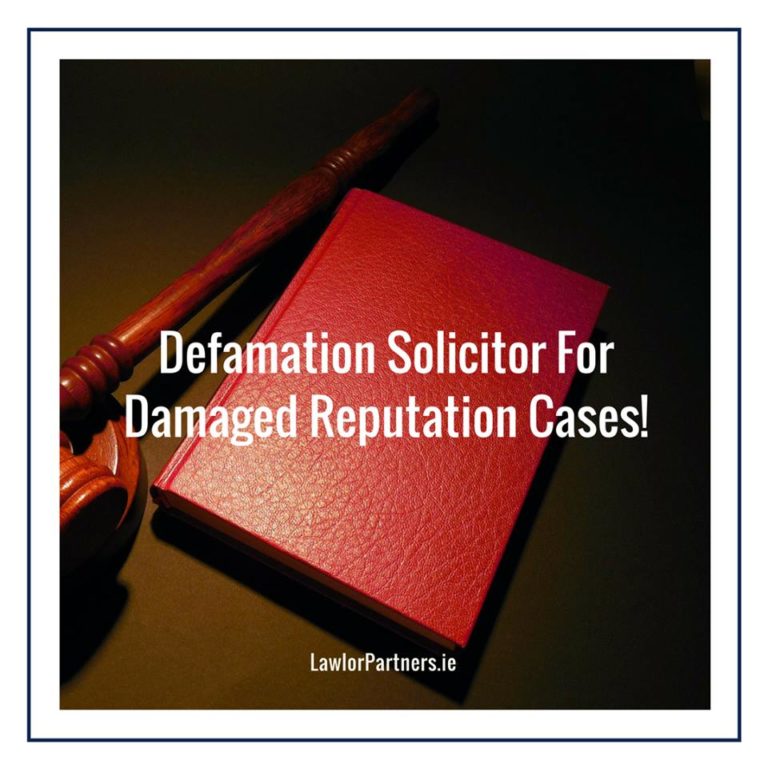 Defamation Solicitor Dublin, Advice on Filing a Defamation Case Defamation is also not only about people. You can file a suit against the defamation…