If you have received a letter of Redress and Compensation or a similar letter from AIB, please contact our Niall Kiernan on niall@lawlorkiernan.ieor  01 872 5255.

You will fall into one of two categories of AIB customers who will receive a second redress and compensation letter shortly, or you might already have received this.

As a result of a recent decision of the Financial Services Ombudsman approximately 5,600 customers who came off their fixed rate after 5 January 2009 will receive:

Approximately 300 customers who came off their fixed rate between 10 October 2008 and 4 January 2009 will receive:

The second Redress and Compensation Letter came about as a result of the below.

A mortgage is a contract between a customer and a bank; the bank lends the borrower money and the borrower repays the loan each month together with interest until the loan is repaid. A bank’s interest rate determines its profit on the loan. In the main, banks make significant profits on their mortgages. A tracker interest rate comprises of the European Central Bank rate plus the bank’s margin on top of it.

On 10 October 2008, AIB announced that it was withdrawing tracker mortgage rates to all new mortgage applicants. Customers who took our their AIB mortgage before that date, and who had an entitlement in their contract to be offered a tracker rate at a later date were not supposed to be affected by AIB’s decision to withdraw tracker rates. In their Redress and compensation letters, they say that despite their ‘failure’ customers have suffered no loss as had they been offered a tracker rate by AIB (between October 2008 – December 2013), AIB estimate that the tracker rate would have averaged in or about 7.9% (AIB’s tracker margin of 6.9% + ECB at 1%).

Despite AIB maintaining that their customers suffered no loss, they offered to pay customers compensation in the sum of €1,000 for their ‘failure’ together with €615 towards professional legal advice. Thirdly and most crucially, AIB offer customers affected the option of moving onto their current ‘prevailing tracker interest rate’ which they say is 3.32% + ECB. This interest rate is higher than nearly all AIB’s variable and fixed rates.

AIB do not provide any documentation to corroborate the 7.9% or 3.32% + ECB which they say are the correct tracker rates. Fianna Fáil finance spokesman Michael McGrath has said that a‘7.9% tracker mortgage rate never existed; it has been manufactured to enable AIB to reach the conclusion that these customers suffered no loss’. He also went on to say that ‘the 7.9% rate is a concoction and it needs to be vigorously challenged by the Central Bank’.

In our opinion, AIB’s mortgage contracts entitle customers to a lower tracker margin in some cases. There is also a strong argument that as AIB unlawfully withdrew tracker rates, they should now afford their customers their last available tracker rate (1.5% + ECB) before they withdrew same.

We believe so strongly in this case, that we are taking a test case to the High Court against AIB seeking Orders from the Court that our clients:

Our test case remains with the Courts and is progressing towards trial in 2021.

In the interim, the Financial Services Ombudsman has recently decided a number of cases which similarly challenged AIB’s First Redress and Compensation Scheme, finding against AIB (see our quick links below for further information). AIB has accepted the FSPO’s decisions in full and will implement the decision through their Second Redress and Compensation Scheme for approximately 5,900 affected customers as set out above.

Yes. Regardless of whether or not you accepted the compensation offered and ‘prevailing tracker interest rate’, you can still pursue AIB for the correct tracker margin and additional compensation.

No. Regardless of whether or not you want to accept the compensation, AIB should immediately repay any arrears over charged and move your mortgage to the correct tracker rate. You should consult with your solicitor and seek advice from him or her as soon as possible.

Step 2– Arrange a consultation to meet with a specialist solicitor together with your mortgage file.

(English) If you have received a letter of Redress and Compensation or a similar letter from AIB, please contact our Niall Kiernan on niall@lawlorkiernan.ie or 01 872 5255.

Tracker Mortgage Review AIB is conducting a comprehensive review of customer mortgage accounts with regard to tracker rates. The… 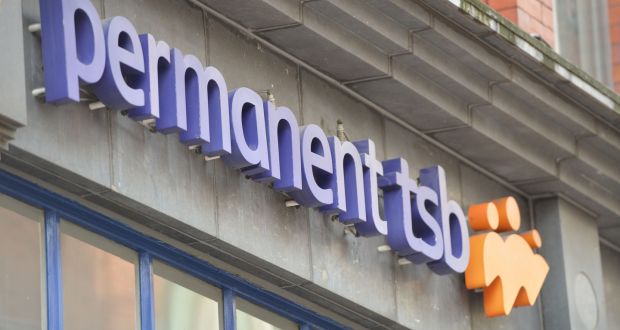