Injuries sustained at work can be quite serious depending on the nature of a person’s work. Construction and manufacturing for example are industries considered “high risk” and those working within these industries are more susceptible to suffering serious injuries in case of an accident. The vast majority of employers have insurance in place to allow those injured to seek compensation.

We have acted for numerous clients who suffered catastrophic injuries at work. We have also represented family members of people fatally injured by accidents at work. The following case studies give an overview of the kinds of cases we have taken.

Please also refer to “Hand and finger injuries” here, which are some of the most common injuries people experience at the workplace.

We represented a man who operated a bandsaw in a boning hall in a meat processing factory. Our client sustained significant injuries when the saw he was operating cut the top of his thumb and his index finger off. The meat factory admitted liability and we obtained reports from several experts including a plastic surgeon, a psychiatrist, an occupational therapist and an actuary to determine the full value of our client’s claim. We successfully settled the case for €295,000.00 for our client’s hand injury and his future loss of earnings.

We represented a labourer who was involved in the construction of a shopping centre. He was foaming a joint while on a ladder about thirty feet high in the air. Despite being footed, the ladder fell sideways causing our client to hit the ground and sustain catastrophic injuries consisting of multiple fractures as well as psychiatric injuries. We sued his insured employer and the case settled on the day of the hearing.

We acted for a widow whose husband was employed in a garage. He was working under a vehicle when it collapsed on top of him, causing him to be killed instantly. We issued High Court proceedings against the garage seeking compensation for mental distress and future loss of earnings. The garage’s insurer settled the case by paying compensation to the deceased’s family as well as paying the legal costs.

We represented a worker who was employed as a mechanic to fix trucks that had broken down. One day he attended at a broken-down truck to fix the hydraulic shaft. The truck driver inadvertently released the hydraulic shaft when our client was at the back of the truck. The steel shaft hit our client on the head before falling onto his foot. Our client required stitches for a cut to his head as well as surgery for a broken foot. He was subsequently unable to return to this type of work. After issuing proceedings his employer admitted liability and settled the case.

Our client who was employed as a customer assistant by a large retailer, was attempting to access the drapery stock in the stockroom. Because the stock was stored beside a ramp which also had stock on it, there was limited room for our client to stand to check and reach the items she required. On adjusting her stance slightly to be able to see better, she fell off the ramp and broke her ankle. The matter is ongoing. 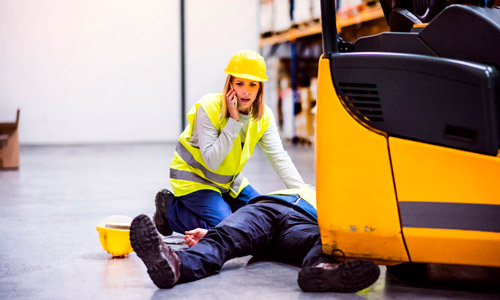 An Employer’s Obligations to ensure that Employees Do Not Get Injured While at Work However, the extent of an employer’s obligations is decided by determining and employee’s age, work… 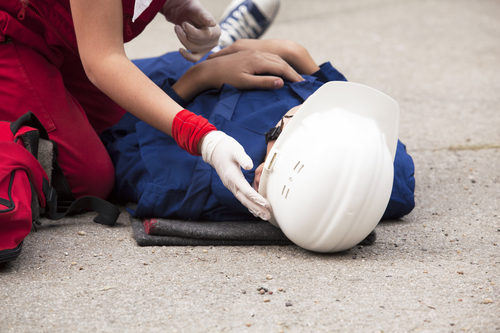