At Lawlor Kiernan LLP, both Niall and Fintan are cycling enthusiasts. They both cycle to work and take part in numerous charity cycles and competitions around the country every year. As a result, they are acutely aware of the dangers cyclists face on the open road including damaged cycle lanes and dangerous drivers.

We have represented numerous clients in cycling injuries actions. Our case studies reflect some of the actions we have taken on behalf of our clients.

Our client was caused to fall from his bicycle due to numerous potholes in the bike lane. Our client sustained serious injuries including a fractured arm. He needed surgery which left him with a large scar on his forearm. We sued the local county council responsible for the cycle lane and a substantial settlement was negotiated on behalf of our client.

Our client was caused to fall from his bike when a pet dog unexpectedly ran across his path causing him to swerve and fall. Because of that she suffered injuries to her face and soft tissue injuries to her shoulder, so we sued the dog owner whose house insurance which covered the dog. The parties reached a settlement agreement before the matter could go to trial.

Our client’s husband was struck by a car and knocked off his bicycle when cycling to work. He was severely injured and later died as a result of the collision. We brought an action against the driver. As part of the settlement, we secured a substantial sum of compensation for our client which included compensation for the loss of her spouse, mental distress and future loss of earnings.

One of our clients fell from his bike as a result of subsidence on the road which had been caused by road works that the local authority had carried out sometime prior. He suffered serious personal injuries and damage to his bicycle. The council refused to accept responsibility for the accident and the case proceeded to hearing. Our client succeeded at trial and was awarded compensation for his injuries by the Court.

Our cyclist client was proceeding in the bike lane of a main road when the driver of a car which had been incorrectly parked on the pavement, unexpectedly opened his car door, thereby obstructing the bike lane. Our client was unable to swerve, hit the door and fell off his bike, causing him to suffer personal injuries and damage to his bike. The matter is ongoing. 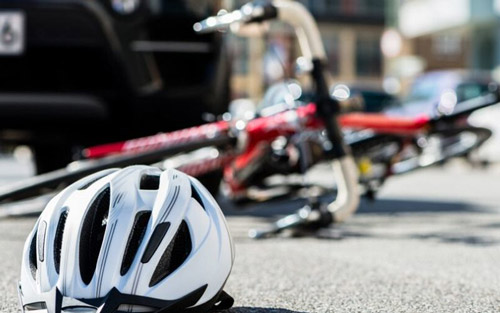 Cycling Accident Claims: What Are Cyclists Entitled To On The Road? Damaged Cycling Lane Road authorities have the responsibility of maintaining cycling lanes. If they are…